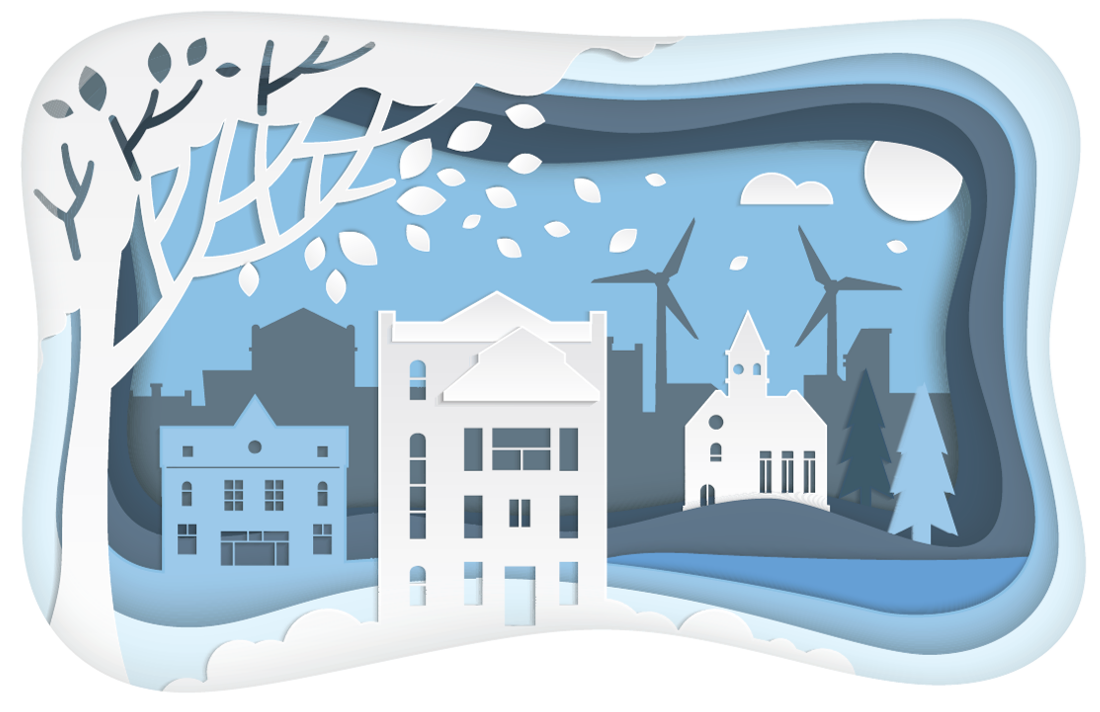 WHAT
A two day virtual event for governmental units of all sizes and associated professionals to explore Vermont specific best practices in capital planning.

9:15 to 10:15 am – What is a capital plan?
Brad Harris, Finance and Accounting Consultant with the University of Tennessee Municipal Technical Advisory Service

10:30 to 11:30 am –Why a capital plan is critical to a healthy community
Sharon Murray, Front Porch Community Planning & Design
Seth Leonard, Former Mayor of Winooski and Managing Director of Community Development at VHFA
Jon Rauscher, Public Works Director at the City of Winooski

11:45 to 12:30 pm – Keynote: Learning from a Big Little City
Martha Keenan, Capital and Special Projects Director at the City of Burlington


11:00 to 11:45 am – Debt Capacity: How much debt should we get?
Michael Gaughan, Executive Director of the Vermont Bond Bank
Sarah Macy, Government Finance Specialist, Vermont League of Cities and Towns

Aaron Frank, Town Manager with the Town of Colchester

Aaron Frank is Colchester’s Town Manager.  He has a Bachelor’s Degree from Johnson Sate College and Masters from UNC-Chapel Hill.

Aaron spent half his career in government and half in the private sector where he owned two businesses, a delivery company and consulting for facility siting, permitting and development.  While at Green Mountain Transit, he grew ridership by 70%, reduced reliance on property taxes by 69% and permitted, designed and procured funding for the Burlington transit center.

In Colchester he prioritizes goals, improves service delivery, and manages the town’s 14 departments.  Aaron supports the Selectboard on policy issues including the municipal services budget and capital initiatives, provide opportunities for the 85 citizens on the Town’s boards and commissions to provide input.  He also brings together service delivery with policy in a manner that helps run the operations side of government efficiently and effectively.  The Town’s municipal property taxes—not just the rate--are lower than they were eight years ago.

Abbie Sherman, President of the VTGFOA and Executive Director of the Vermont Economic Progress Council

Abbie Sherman is the Executive Director of the Vermont Economic Progress Council (VEPC). Attached to the Vermont Agency of Commerce & Community Development, VEPC serves as an approval and authorization body for the Vermont Employment Growth Incentive (VEGI) program and the Tax Increment Financing (TIF) District program. Abbie also has 11+ years of prior municipal experience and is the current President of the Vermont Government Finance Officers Association (VTGFOA).

Beth Pearce was appointed Vermont State Treasurer in January 2011. The appointment, by Governor Peter Shumlin, followed the resignation of Treasurer Jeb Spaulding who was appointed Secretary of Administration. Treasurer Pearce has more than 40 years of experience in government finance at both the state and local levels.

She served as Vermont’s Deputy Treasurer for more than seven years before assuming her current role as Treasurer. As Deputy Treasurer, she was responsible for a full range of operations including retirement administration of the three state-wide systems for State employees, teachers, and municipal employees. She also was responsible for unclaimed property, accounting, budget, debt and capital financing, cash management, investment of short-term funds in State custody, and risk management. Prior to joining the Vermont State Treasurer’s Office, she served as Deputy Treasurer for Cash Management at the Massachusetts State Treasurer’s Office from 1999-2003; Deputy Comptroller for the Town of Greenburgh, New York; and as the Accounting Manager and Financial Operations Manager for the Town of West Hartford, Connecticut. In addition, she has served as a fiscal officer with the Massachusetts Department of Social Services and as a project director for the Massachusetts Executive Office of Human Services. Beth has a B.A. from the University of New Hampshire. She has prepared financial reports that have received the Certificate of Achievement for Excellence in Financial Reporting by the Government Finance Officers Association. She resides in Barre, Vermont.

Brad Harris is a finance and accounting consultant with the University of Tennessee’s Municipal Technical Advisory Service (MTAS).  He has served as a member of the GFOA Budget and Fiscal Policy Committee as well as on the board of several not-for profit entities. He current serves as the Vice President of the Tennessee Government Finance Officer Association, and will assume the President’s role January 1, 2022.

Brad is a CPA and a Certified Municipal Finance Officer, and prior to working for MTAS he served as the finance director for the City of Athens, TN and Rhea County, TN. Brad’s passion is to help others grow in the field of government accounting. He teaches frequently through the United States on a variety of accounting topics, and has been designated a Distinguished Fellow in Professional Practice by the University of Tennessee Masters in Public Policy and Administration Program.  He is a graduate of Tennessee Tech University and lives in Dayton with his lovely wife Beth and daughter Katie. His older daughter Hannah resides in Columbia, TN.

Julie Hance, Town Manager with the Town of Chester

Julie Hance resides in the Town of Chester, where she is currently serving as Town Manager.  Prior to her appointment as Town Manager in March 2020, Julie served as the Assistant Town Manager for 15 years.  In her life before entering the Municipal Government arena in 2005, Julie worked as a Paralegal, with extensive experience in litigation, real estate and estate law.  Most important to Julie is her husband of 21 years, Jeff Hance, her daughter Meekah (19) and her son Kagan (18).

Martha Keenan, Capital and Special Projects Director at the City of Burlington

Her career began in Burlington with several historic renovation projects including Lawson Lane and the Haigh and McKenzie buildings on the waterfront. She later was the Director of Property Management for Redstone Properties, overseeing commercial space, negotiating leases and capital improvements. She became one of Vermont’s first Certified Property Managers through the Institute of Real Estate Management at this time. She later continued in real estate with Housing Vermont as an Asset Manager.

In 2006, Martha was hired by NRG Systems to be clerk of the works for their second LEED Gold building and then became the Director of Facilities for Eastview at Middlebury. During this time, she earned her certificate in Construction Management from the University of Washington, Seattle.

In 2015, Martha became the Capital Improvement Program Manager for the City of Burlington where she both developed and has been responsible for the implementation of the City's Capital Plan. This involves strategizing on funding, prioritizing projects to meet the needs of the Administration, and aiding in the development of the policies and procedures to make the system more efficient.

Throughout her career, she has focused on ensuring that buildings meet both function and aesthetics standards while maximizing energy efficiency and complying with local, state and federal regulations impacting the business.

Padraic Monks is the manager of the Vermont DEC’s Water Infrastructure Finance Program (WIFP), a 4-person office charged with implementing Clean Water and Drinking Water State Revolving Loan Fund programs, Pollution Control Grants, and ARPA funds focused on stormwater projects. Padraic has been with VT DEC since 1997. Prior to joining WIFP in 2021, Padraic was the manager of DEC’s Stormwater Program, and also worked as an ecologist for several years with the Wetlands Program.  Prior to joining DEC he worked in environmental consulting and residential construction.  Padraic holds a BS from Northeastern University, and an MS in Natural Resources from the University of Michigan.

Sarah holds a Master of Accountancy in Governmental Accounting from Rutgers University, a BA in Political Science and a BS in Business Administration with a concentration in Professional Accounting from UVM.  Upon graduating from UVM, Sarah spent a dreadful year in public accounting before finding her calling in municipal finance with the City of St. Albans.  She has since been employed as Finance Director for the Town of Milton and most recently as joint Finance Director for the Town of Essex and Village of Essex Junction.  She joined VLCT in early 2022 as MAC’s Government Finance Specialist.

Sarah served on the Vermont Government Finance Officers Association board of directors for six years, as president for five, is a founding member of Vermont Women Leading Government, and is a Certified Public Finance Officer.

Sharon is the Principal of Front Porch Community Planning & Design, with 30 years of planning practice both in the public and private sectors in Vermont. Her contributions to planning in Vermont, to the planning profession, have earned her the reputation as the credible expert in land use law and policy across Northern New England for both professional planners and lay audiences.